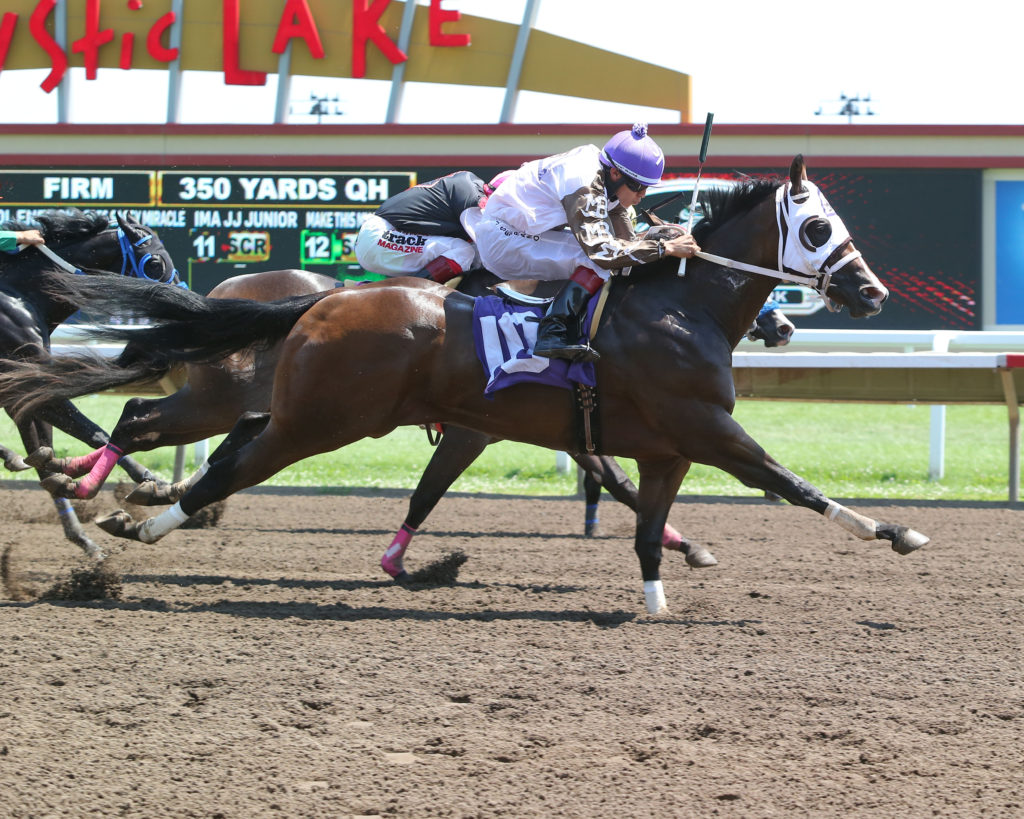 Zoes Sassy Miracle, second in two previous lifetime starts, broke her maiden stylishly with a win in the second of four stakes on the Canterbury Park Sunday card, the $20,000 Mystic Lake Northlands Juvenile. 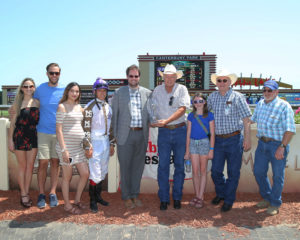 Julian Serrano picked up his first of two stakes wins on the card. Serrano and Zoes Sassy Miracle finished a neck in front of Chocolatepaintedkiss and finished with a time of 18.094 and a 90 speed index in the 350 yard event.

Zoes Sassy Miracle was the second fastest from the next ten fastest horses after the Futurity qualifiers. The filly was second to Devins Project in her trial; she was also second in her debut at Remington Park.

Zoes Sassy Miracle ($7.20), the post-time favorite, is trained by Mark Barnes. She was bred in South Dakota by her owners, Lowell, Lynn and Becky Husman. The Capo di Capi filly is out of Homemade Miracle, by Dean Miracle.

Closing fast to finish just a neck behind the winner was Chocolatepaintedkiss, ridden by Jorge Torres and trained by Stacy Charette-Hill. Chocolatepaintedkiss broke her maiden at Remington and was the post-time favorite in her trial, the first of five from June 16, but she finished in fourth place. The first three finishers all qualified to the final, including Bhr Flashing Effort, who also won the Minnesota Stallion Breeders’ Futurity last month. 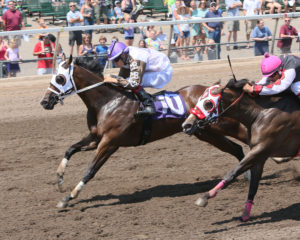 Chocolatepaintedkiss is a homebred for Mary Kirby, bred in Oklahoma by Second Painted Sign and out of the Azoom mare Ramblin Kisses.

Third place finisher Dashing Fajita is trained by Vic Hanson for owner and breeder Brenda Reiswig. Bred in Oklahoma, she is sired by One Dashing Eagle and is out of the Corona Cartel mare Anita Fajita.

She was sixth in her trial, the first of five. In four starts, she has run against Chocolatepaintedkiss three times, and was second to her at Remington when she broke her maiden. Ismael Suarez Ricardo has ridden the filly in all her lifetime starts and had the call again on Sunday.

Posted in All News, News, Other News and tagged news
Powered By Ultimate Auction