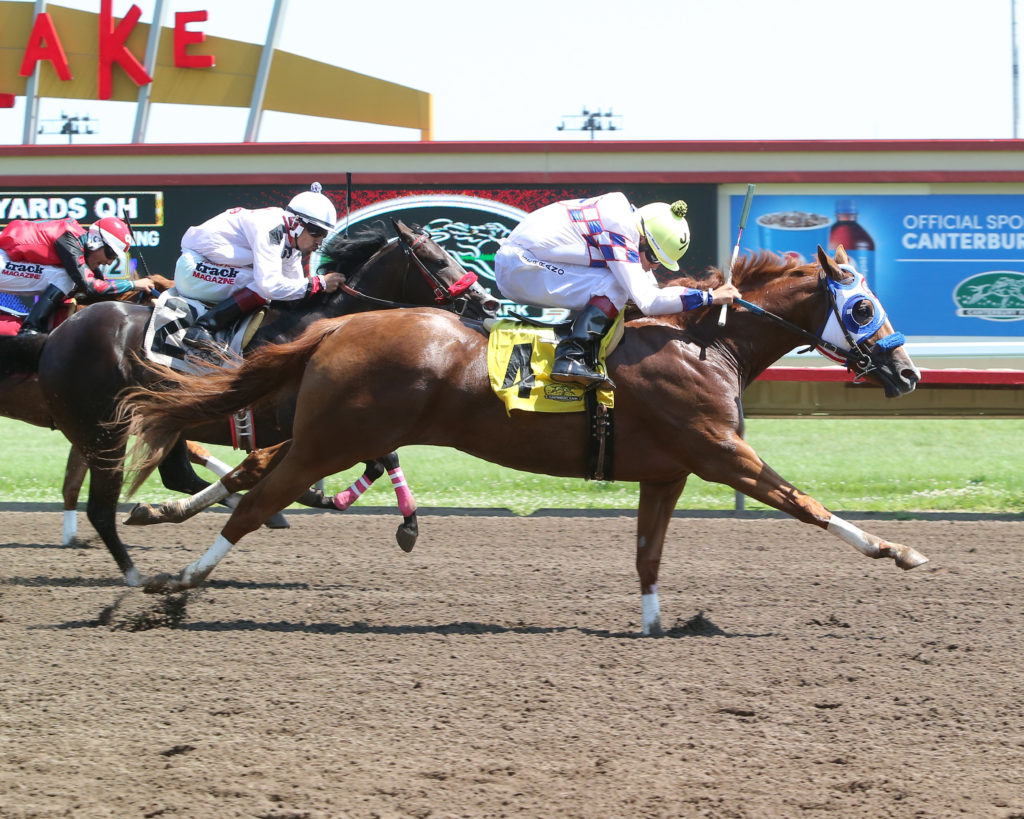 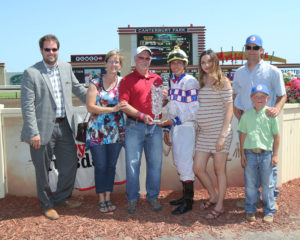 For the second time in three years, a local Minnesota-bred Quarter Horse has won the $146,400 Mystic Lake Northlands Futurity: Jess Doin Time. Jess Doin Time and Julian Serrano broke sharply and edged out Miss Energy P by three-quarters of a length in the richest Quarter Horse race of the Canterbury Park meet.

Jess Doin Time ($39.40) was an upset winner despite winning her debut two starts back and running a professional second-place finish behind Shez Sizzling in her trial, who went off as the co-favorite.

Jess Doin Time is owned and by Tom and Jan Pouliot. Tom is a longtime breeder and owner and serves as treasurer of the Minnesota Quarter Horse Racing Association. The Apollitical Jess filly is out of his Rare Form mare, Lenas Rare Lady, and is trained by Jason Olmstead. 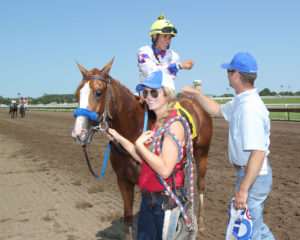 Second-place finisher Miss Energy P was the co-favorite in the race after finishing a close second in her trial as the third fastest qualifier. She turned the tables on the Maghelene, who defeated her that day by a nose to be the second fastest qualifier but returned to finish third in the final.

The Pyc Paint Your Wagon filly is owned by Michael Pohl and is trained by Stacy Charette-Hill. Jorge Torres was aboard, who also rode the filly in her maiden-breaking debut at Remington Park and her trial. 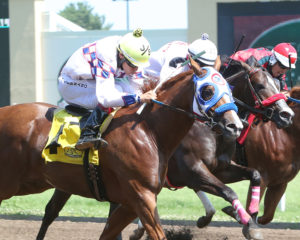 Third place finisher Maghelene was the second fastest qualifier to the Northlands Futurity and won her trial on June 16.

Maghelene hails from the barn of leading trainer Jason Olmstead and was ridden by leading jockey Cristian Esqueda. She is owned by Tom Scheckel.