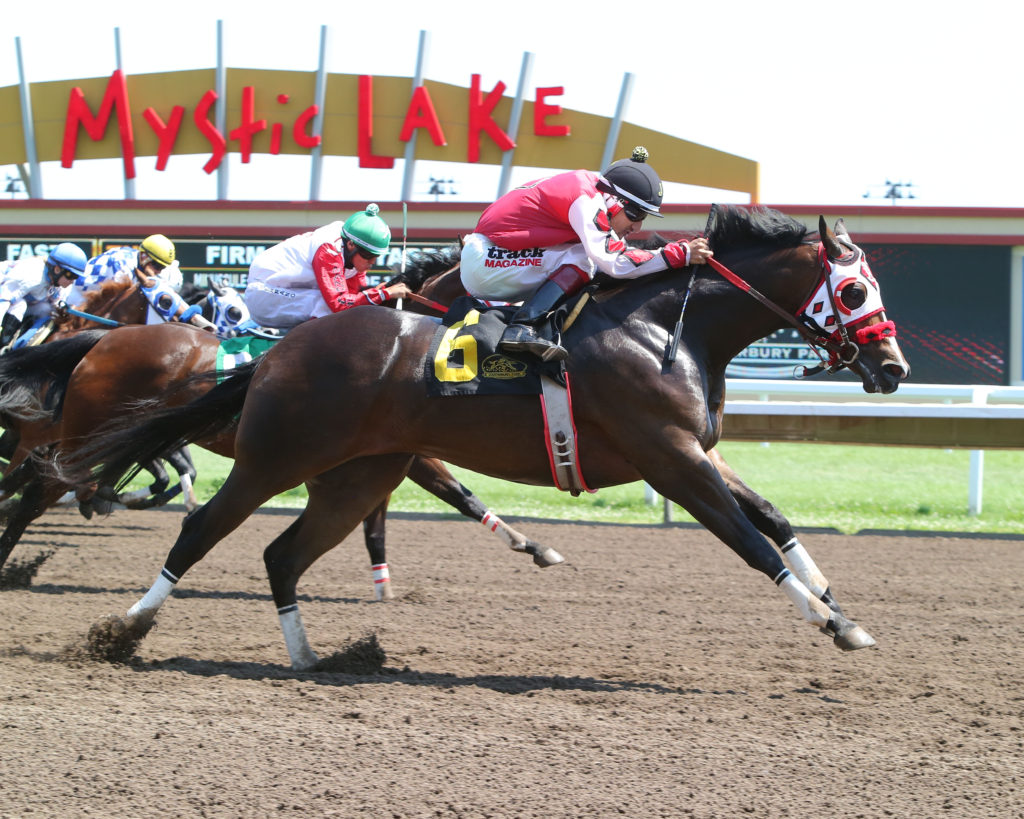 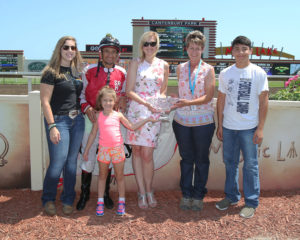 Disco Wagon made his first stakes win an impressive one, winning the $78,450 Canterbury Park Derby, the richest 3-year-old Quarter Horse race of the Minnesota meet.

Disco Wagon ($11.60) was the fourth fastest qualifier to the Canterbury Park Derby from three trials on June 24. In eight lifetime starts, Disco Wagon has yet to finish out of the money, including three wins, and has earnings of $70,874. 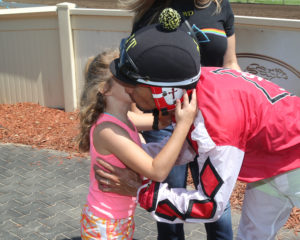 Disco Wagon is a triple play for the Charette-Hill family: Stacy Charette-Hill trains and she and husband Randy Hill own the gelding. Hill and Vwp Jr Inc bred the son of Pyc Paint Your Wagon in Oklahoma, out of the Check Him Out mare Check This Disco.

Df Apollitical Sign completed the exacta as the longest price in the field and eighth fastest qualifier. In his trial, she was third behind post-time favorite First of 15 and Disco Wagon. In the final, she drew between Disco Wagon and multiple futurity winner A Jordon Reed, and dueled with that pair and Eagle Deluxe to get up for second.

This was the first stakes appearance for Df Apollitical Sign; just three starts back, the filly was claimed and was a late nomination to the Canterbury Park Derby. 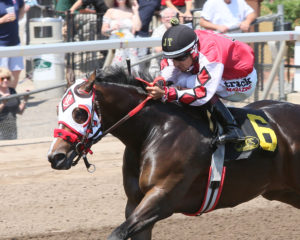 A length behind the top two finishers was Jason Olmstead trainee Eagle Deluxe with Nakia Ramirez aboard. The duo bobbled at the start but made up ground and closed fast to get up at the wire.

Owned by Tom and Bill Maher and Movin On, and bred by Grant Farms LLC, Eagle Deluxe won the Mystic Lake Northlands Juvenile last year as well as the NCQHRA Futurity, ran fourth in the Valley Junction, and as a 3-year-old, qualified for the Heritage Place Derby (G3).

Eagle Deluxe is by One Famous Eagle and is out of the Corona Cartel mare Corona Deluxe.