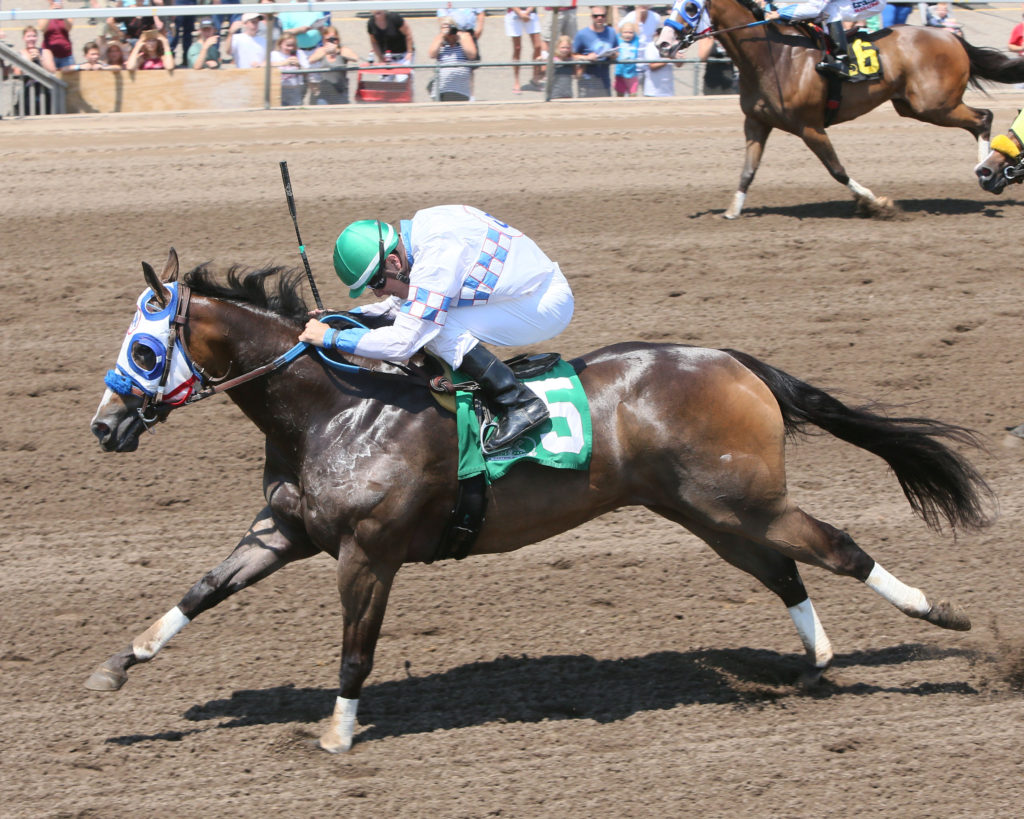 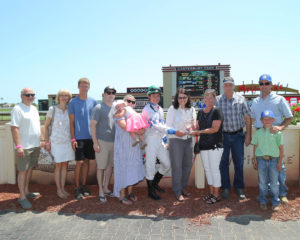 It’s not every day that two full Quarter Horse siblings draw into the same races, let alone post positions next to each other in the gate, but owners and breeders Bruce and Judy Lunderborg had the opportunity to cheer for both 3-year-old Dickey Bob and 4-year-old Pyc Jess Bite Mydust in the first stakes race on Saturday at Canterbury Park.

The richest race day of the Canterbury Park Quarter Horse meet began with the $40,100 Bob Morehouse Stakes, restricted to 3-year-old and up Minnesota-breds.

Heavily-favored Pyc Jess Bite Mydust, one of the richest Minnesota-bred Quarter Horses, broke last and created his own trip on the far outside of the track. He closed fast to make up ground but could not catch his own little brother, Dickey Bob.

Dickey Bob ($12.00) was ridden by Denny Velazquez for trainer Jason Olmstead. The winner cleared the field by a length and a half, earned a 96 speed index, and posted a time of 17.879 in the 350-yard race.

This was the fifth career win for the gelding and it was his second stakes victory. In 2017, Dickey Bob won the Minnesota Futurity; in the previous race on the same card, Pyc Jess Bite Mydust won the Minnesota Derby. 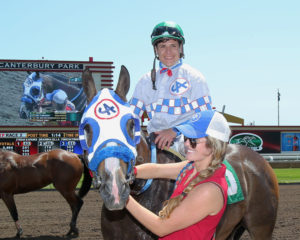 Pyc Jess Bite Mydust won the $165,000 Mystic Lake Northlands Futurity in 2016 as the only Minnesota-bred in the field. The son of Apollitical Jess has racked up over $167,000 in career earnings, including a win in the $50,000 Minnesota Derby in 2017 and an appearance in the Grade 1 Southwest Juvenile Championship at Zia as a 2-year-old.

Both horses sired by Apollitical Jess and are out of the Pyc Paint Your Wagon mare Paint Or More.

Rey D Arranque and Marcus Swiontek split the brothers to finish second. The 6-year-old son of Afterallitsme is trained by Randy Weidner for owner Eric Castro. He was bred in Minnesota by Ken Quade, out of the Jazzing Hi mare Jazzing Jackie.

This was Rey D Arranque’s third appearance and best performance in the Bob Morehouse Stakes; he finished third in 2017. The gelding has three wins in 28 lifetime starts and earnings of over $43,000.