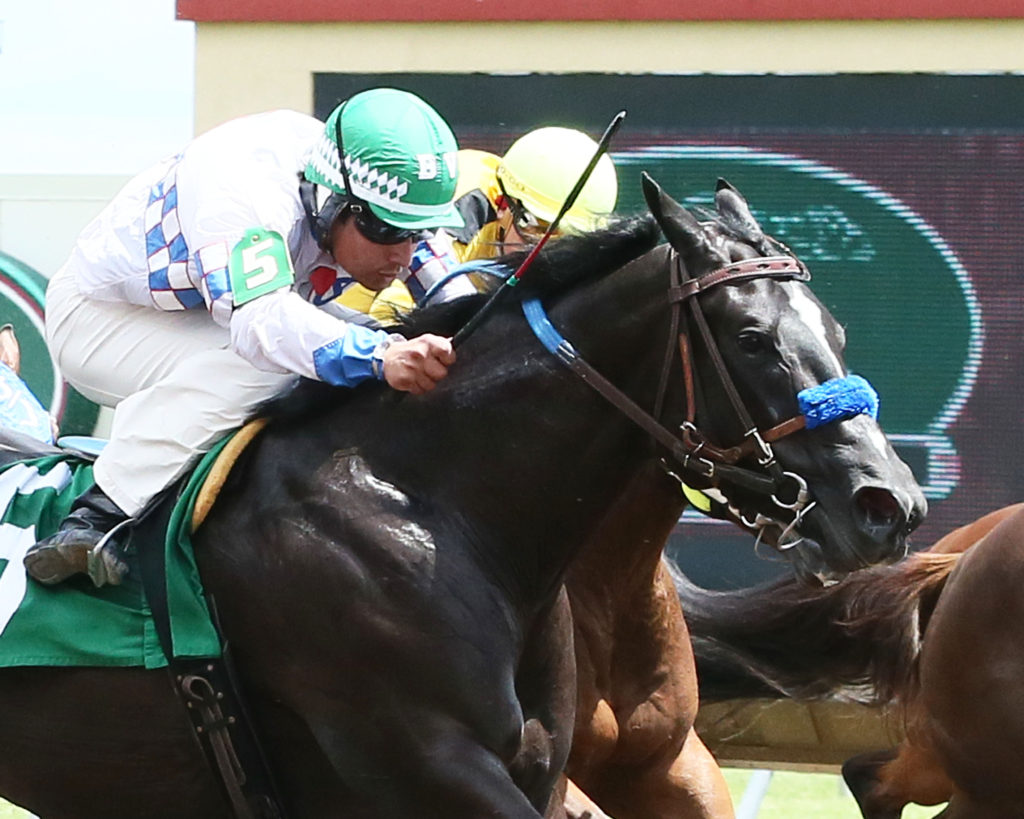 One of only two 3-year-olds in the field, Vodka at Moonlight ($8.40) was undeterred by the older horse company and backclass in the $29,200 Bob Morehouse Stakes, winning the feature race Sunday at Canterbury as the second-favorite in the field of seven Minnesota-breds.

The Triple Vodka filly had won half of her six lifetime starts prior to her victory in Sunday’s race, including the $49,000 Minnesota Futurity, and placed second in the $50,000 Minnesota Stallion Breeders’ Futurity in 2016. She is backed by strong connections: Canterbury’s 2016 leading Quarter Horse trainer Jason Olmstead and 2016 leading Quarter Horse owner Summer Run Inc.

Summer Run Inc also bred the filly, who is out of the Oak Tree Special mare Moonlight Masquerade, winner of the 2010 Minnesota Stallion Breeders’ Derby.

Brayan Velazquez was aboard the filly as they covered the 400-yard distance in 20.305 to earn a 91 speed index. She ducked in slightly at the break but still prevailed to win by a head over post time favorite Blacks Cartel.

Second-place finisher Blacks Cartel surged late to make up ground lost out of the gate and cleared the rest of the pack by nearly a length. The Streakin Six Cartel filly is owned by Tracy Black and is trained by Casey Black; David Pinon had the call. Blacks Cartel has earnings of over $60,000 and has appeared in the Grade 3 Two Rivers Stakes at Prairie Meadows and the Grade 2 Juno’s Request Stakes at Remington Park.

Justine Klaiber and Rey D Arranque led early and nearly pulled the upset before they were caught near the wire for trainer Randy Weidner and owner Eric Castro.

Completing the field were Gramma Ella, Jess a Chance, Mountain Rake and I Am the Doctor.