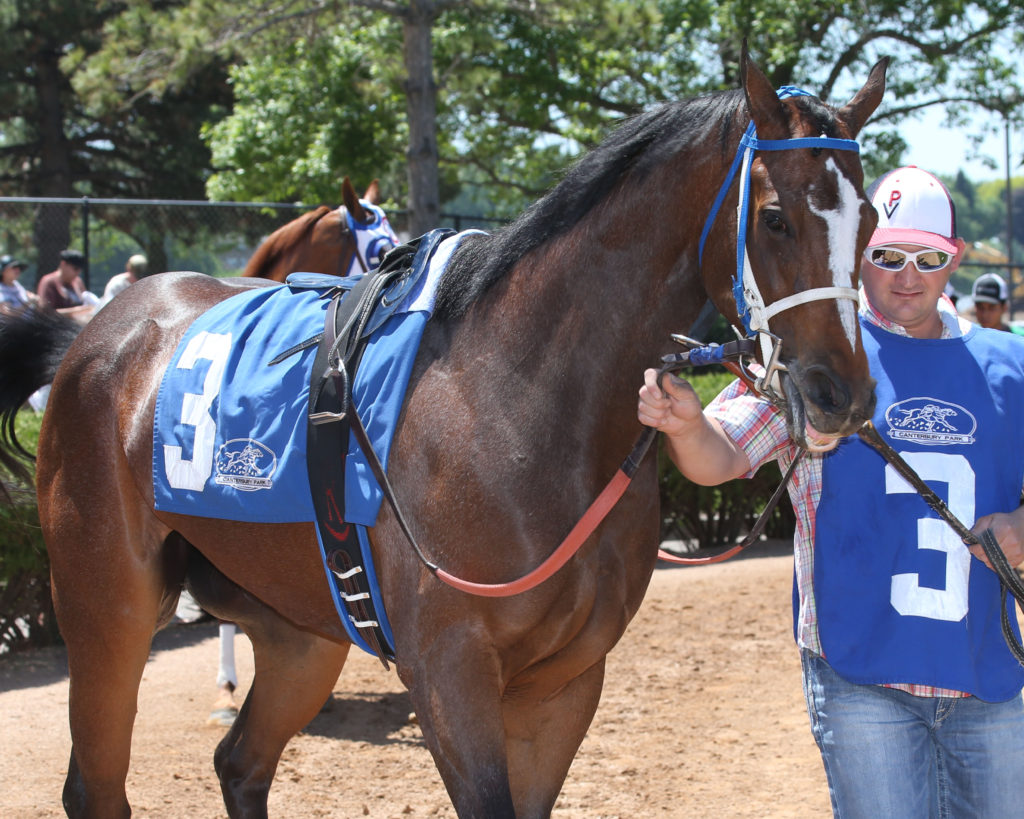 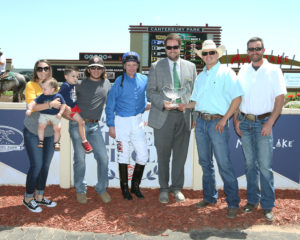 Fastest qualifier Veuve Clicquot picked up her first stakes victory in the $57,325 Gopher State Derby on Saturday at Canterbury Park.

Veuve Clicquot had a pair of second-place finishes and two third-place efforts in her six starts prior to coming to Canterbury. She is now undefeated in two starts in Minnesota and has lifetime earnings of $45,355. Though she posted the fastest qualifying time of 19.870 from four trials on May 25, Veuve Clicquot ($15.20) was not backed by the public in the final with odds of 6-1.

Veuve Clicquot was one of five entries from Clinton Crawford in Saturday’s feature race. She is owned by Cavanaugh Quarter Horses LLC and was bred in Oklahoma by Canadian River QH LLC. A daughter of Pyc Paint Your Wagon, Veuve Clicquot is out of the Valiant Hero mare Belle of Valor. 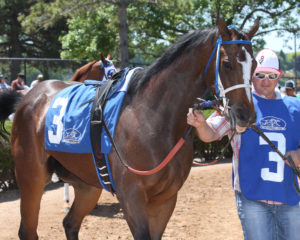 Josh Romero had ridden the filly in her trial but was named on Fast Bobby in the final. Stormy Smith picked up the mount on the fastest qualifier and ultimate winner.

It was the first time Smith had ridden Veuve Clicquot, and when asked if there was any added pressure picking up a mount on the fastest qualifier, Smith replied, “No, all the pressure is off because you’ve already qualified. Just have to ride the race.”

The photo for second and third place went to Spy for the Senate and Shanley Jackson in a neck over Fast Bobby and Josh Romero.

Spy for the Senate won his trial race, the first of four, against a strong headwind and was the fourth fastest overall qualifier. He was the only stakes winner in the field, having won the $99,700 Alex Picov Memorial Futurity at Ajax Downs in October. The Gopher State Derby was his third start in a stakes race and the second-place finish bumped his career earnings to $56,586.

Spy for the Senate is trained by Jason Pascoe for owner Milena Kwiecien. He was bred in Oklahoma by Mary Hainline, by Louisiana Senator and out of the Corona Cartel mare Corona Spy. 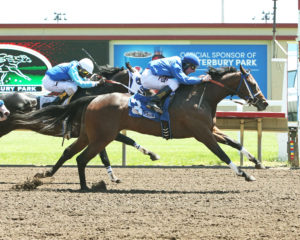 Third place finisher Fast Bobby completed the trifecta. The FDD Dynasty gelding was second in the $100,000 Heritage Place Juvenile at Remington Park last year. Fast Bobby and Josh Romero were second in their trial behind Spy for the Senate; the pair broke in slightly and were denied the win but ended with the sixth fastest qualifying time.

Fast Bobby is trained by Clinton Crawford for owner and breeder Bret Pevehouse. He Is out of Little Lazajane, by Lazbuddie.