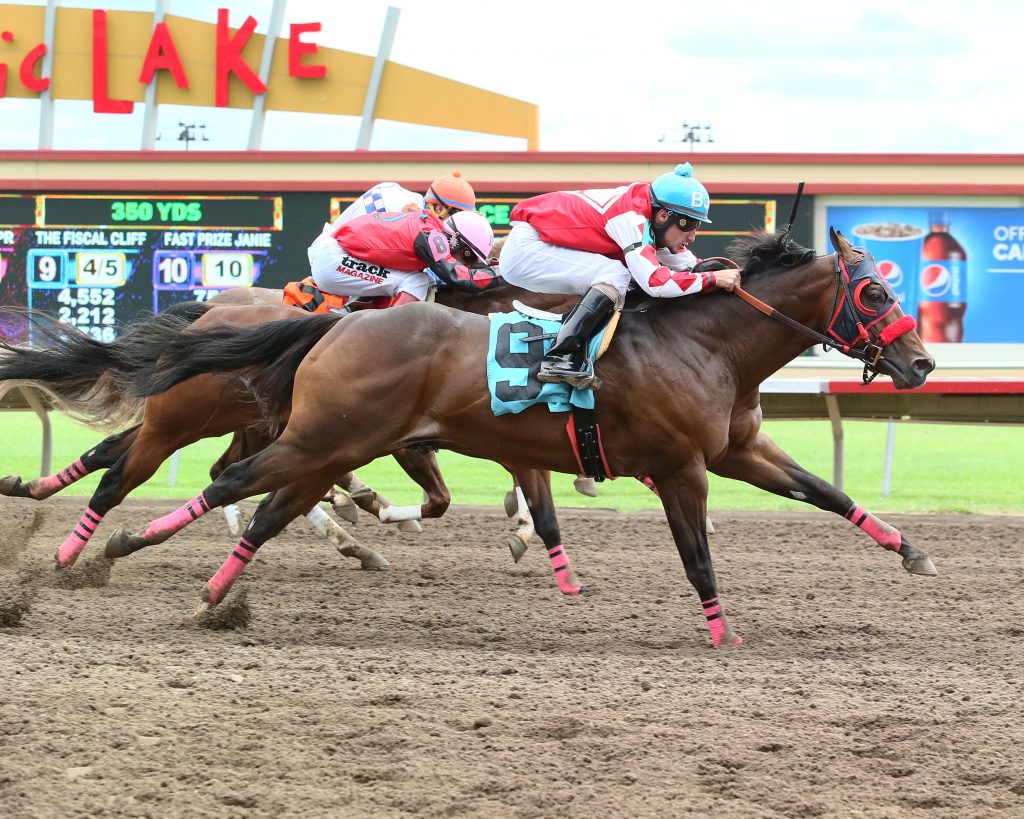 The 18th running of the $24,000 Skip Zimmerman Stakes on June 18th drew a full field of tough older horses, including familiar faces such as Eagles Span and several horses making their Canterbury Park debut.

Among the newcomers was The Fiscal Cliff, the heavy favorite for good reason: in his 18 lifetime starts, the Iowa-bred colt has finished no worse than second in all but one start, including 11 wins and earnings in excess of $350,000. The Fiscal Cliff ($3.60) proved his professionalism in the Skip Zimmerman, overcoming tight quarters out of the gate to prevail by a neck at the wire.

Final time for the 350-yard race was 17:757. The Fiscal Cliff was ridden by Benito Jude Baca and is trained by Kasey Willis. Tom Lepic bred and owns the son of Pyc Paint Your Wagon.

Prior to his Canterbury appearance, The Fiscal Cliff won the Bob Moore Memorial Stakes (G2) at Remington Park in April and was second in the Eastex Stakes (G2) in March.

Posted in All News, Other News, Racing News