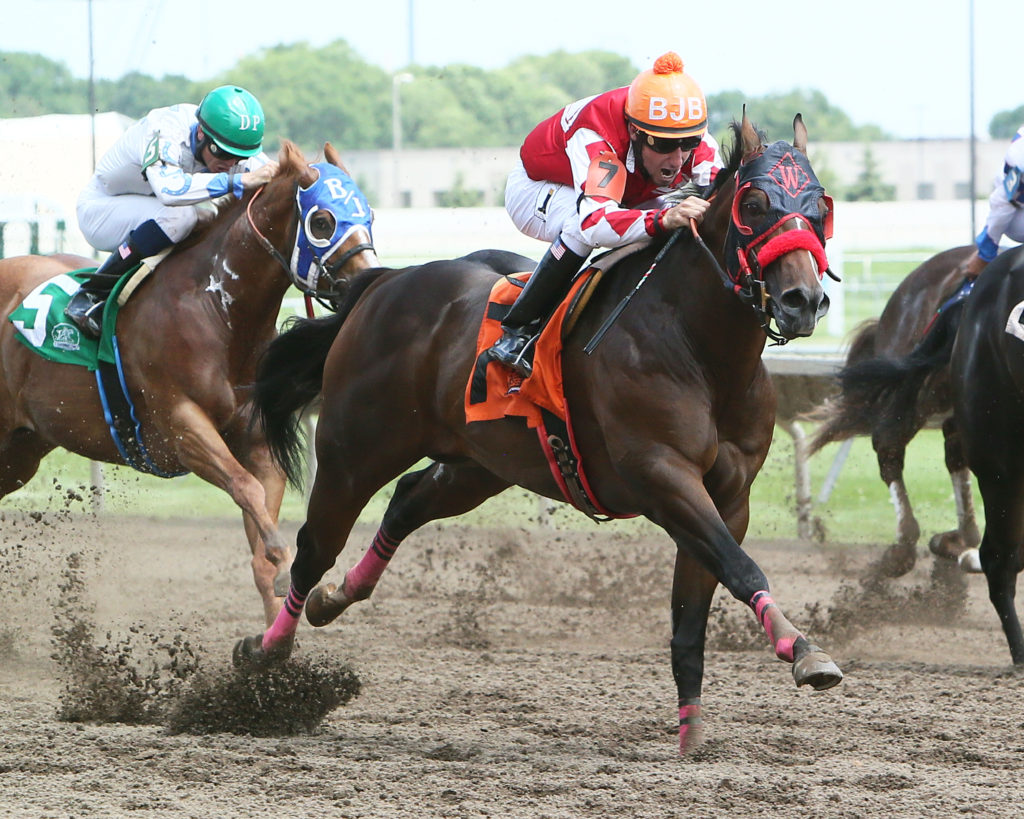 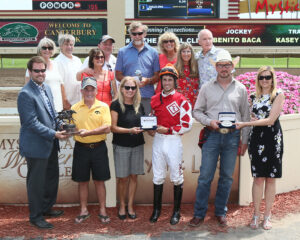 The biggest weekend in Quarter Horse racing at Canterbury Park ended with a bang on July 4th with the $60,840 Bank of America Canterbury Park Championship Challenge, won in dominant fashion by The Fiscal Cliff.

The Fiscal Cliff ($2.60) and his owner and breeder, Tom Lepic, were familiar faces in the Canterbury Park winner’s circle; the 4-year-old Pyc Paint Your Wagon colt was in town last month to win the $24,000 Skip Zimmerman Stakes.

Trainer Kasey Willis made the trip out to Canterbury to accompany the colt, who has now racked up over $387,000 in lifetime earnings and has finished in the exacta in 18 of his 19 starts. The colt is all class, unfazed in the paddock and seemingly amused by the crowd as he cruised by with a 1 ¼ length victory. 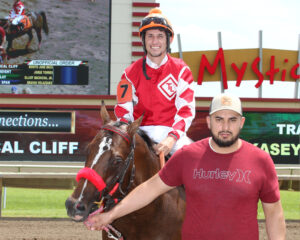 Benito Jude Baca had the call in the co-feature Quarter Horse race of the day; Baca was also aboard The Fiscal Cliff in their Skip Zimmerman win. Baca and his mount came home in :21.725 and earned a 108 speed index for the 440 yard event.