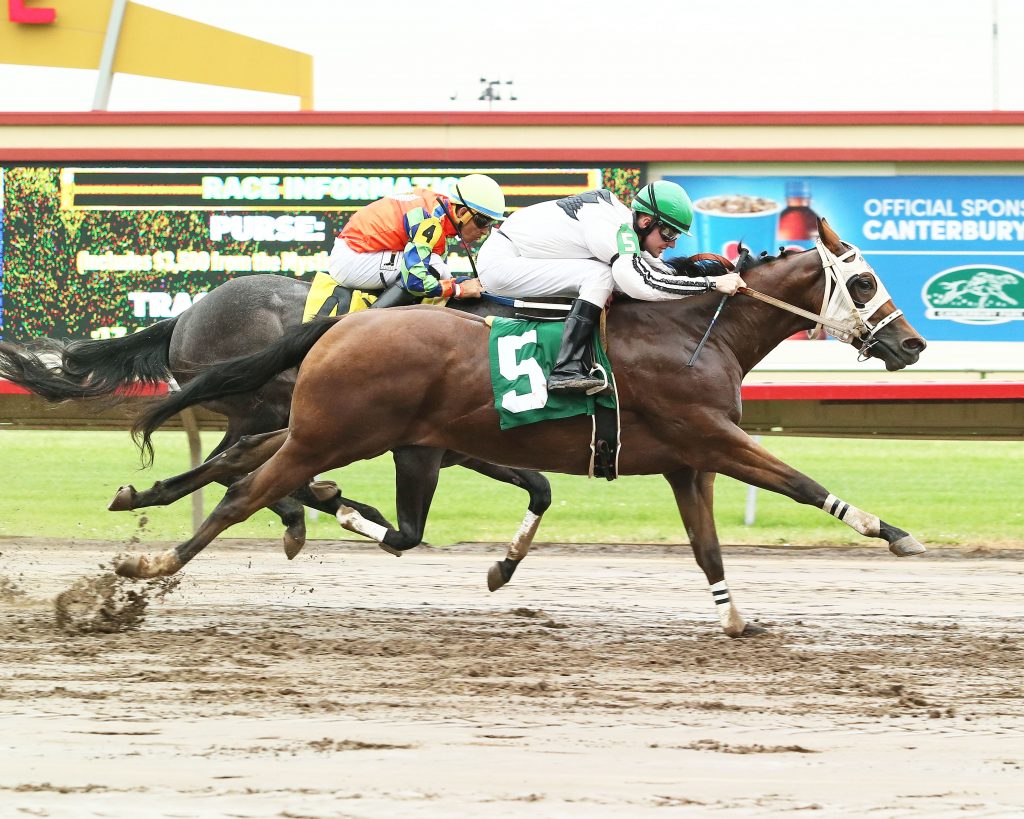 Given the storied history of trial day in recent years, one might think that Mother Nature frowns upon the Mystic Lake Northlands Futurity 2017. But the powerful thunderstorm that hit the Twin Cities early Sunday morning finished in time for the first of six trials at 12:45 pm CT, and the trials for the richest Quarter Horse race at Canterbury were contested over a muddy track with no wind. 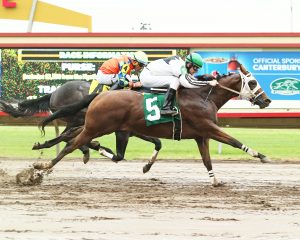 The top three fastest qualifiers all came from the last trial, but each trial produced at least one horse for the final list of ten. Jason Olmstead and Ed Ross Hardy qualified three horses each, and jockey Oscar Delgado rode three of the qualifiers.

Fastest qualifier Olivias Jett was a heavy favorite heading into the final trial after a dominating win over the Canterbury surface two weeks ago, in which the Desirio filly defeated an open field of maidens by over two lengths. She won her trial by a neck over second-fastest qualifier A Jordan Reed, covering the 350 yards in 17.672 and earning a speed index of 103.

Several of the qualifiers have familiar equine connections. Third-fastest qualifier High Valley Girl is out of Huckleberry Mojito, the 2012 $40,650 Canterbury Park Derby winner. Huckleberry Mojito was undefeated in three starts that summer at Canterbury and broke the track record in the Canterbury Park Derby. The tenth fastest qualifier, A Shade of Midnight, proved that Northlands talent runs in the family, as her dam, Midnight Sunlight, was the Northlands Futurity winner in 2012.

Last year, the Mystic Lake Northlands Futurity featured a record purse of $165,600. This year, the record will be exceeded again with a purse of $167,600.

The final $167,600 Mystic Lake Northlands Futurity will be held at Canterbury Park on Sunday, July 2.

Posted in All News
Powered By Ultimate Auction