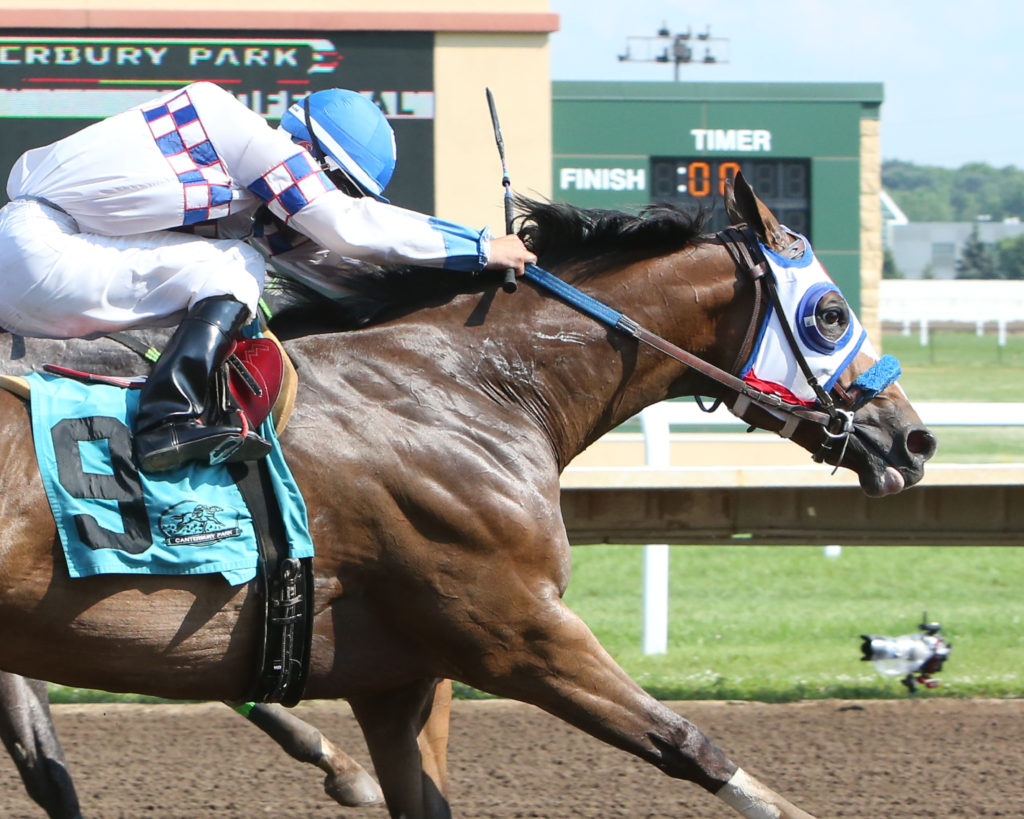 Pyc Jess Bite Mydust continues to set records at Canterbury Park, this time as the first Minnesota-bred winner of the $54,511 Bank of America Canterbury Park Championship Challenge. The 5-year-old has also shattered the earnings record for any Minnesota-bred Quarter Horse, with $222,441 in career money earned.

Cristian Esqueda was aboard for Sunday’s win and they crossed the wire in 21.942 to earn a 101 speed index in the 440-yard race. As Esqueda was traveling from Ruidoso to Shakopee for Sunday’s stakes, he learned that his wife had just given birth. 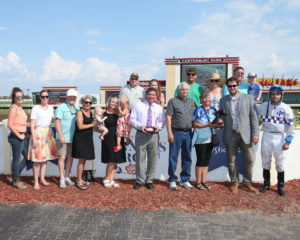 Sunday’s race was one of seven stakes and three regional Challenge qualifiers. Canterbury Park has held the Bank of America Canterbury Park Championship Challenge since 2016 and has served as the regional ticket to the finals for Ajs High, The Fiscal Cliff, and Kowboy Jim.

This was the first start for Pyc Jess Bite Mydust in a Challenge race. The son of Apollitical Jess has competed in multiple stakes but has had the misfortune of facing his own full younger brother, Dickey Bob, in their last three stakes appearances at Canterbury.

In fact, the extra distance not only helped, it is what kept Dickey Bob out of the race. Owners and breeders Bruce and Judy Lunderborg noted that “Pyc Jess Bite Mydust is the distance horse. Dickey Bob runs out of gas after 350 yards.” The couple and trainer Jason Olmstead will discuss the gelding’s campaign now that they have the option to compete in the Challenge Championships at Albuquerque.

Pyc Jess Bite Mydust is out of Paint of More, by Pyc Paint Your Wagon.

The heavy betting favorite in the race was the Texas invader, Hawkeye. Manuel Gutierrez made the trip up to Minnesota to ride the One Dashing Eagle colt. The 4-year-old is trained by Josue Ponce. 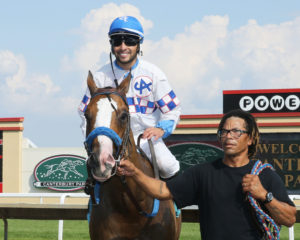 Hawkeye had won his last three starts, each at 400 yards or longer, including the Grade 2 $50,000 Sam Houston Classic in May. As a 2-year-old, he qualified for the All American Futurity.

Hawkeye survived a steward’s inquiry to keep his second-place finish and started slow after the horse to his outside broke in and cut him off at the break. Despite the traffic, Hawkeye finished a head behind the winner. Hawkeye is owned and bred by Bobby Cox in Texas and is out of the Runaway Winner mare No Fees.

The 5-year-old gelding was bred in Arizona by R.D. Hubbard, by Mr Jess Perry and out of Royally Sandra, by Royal Quick Dash.