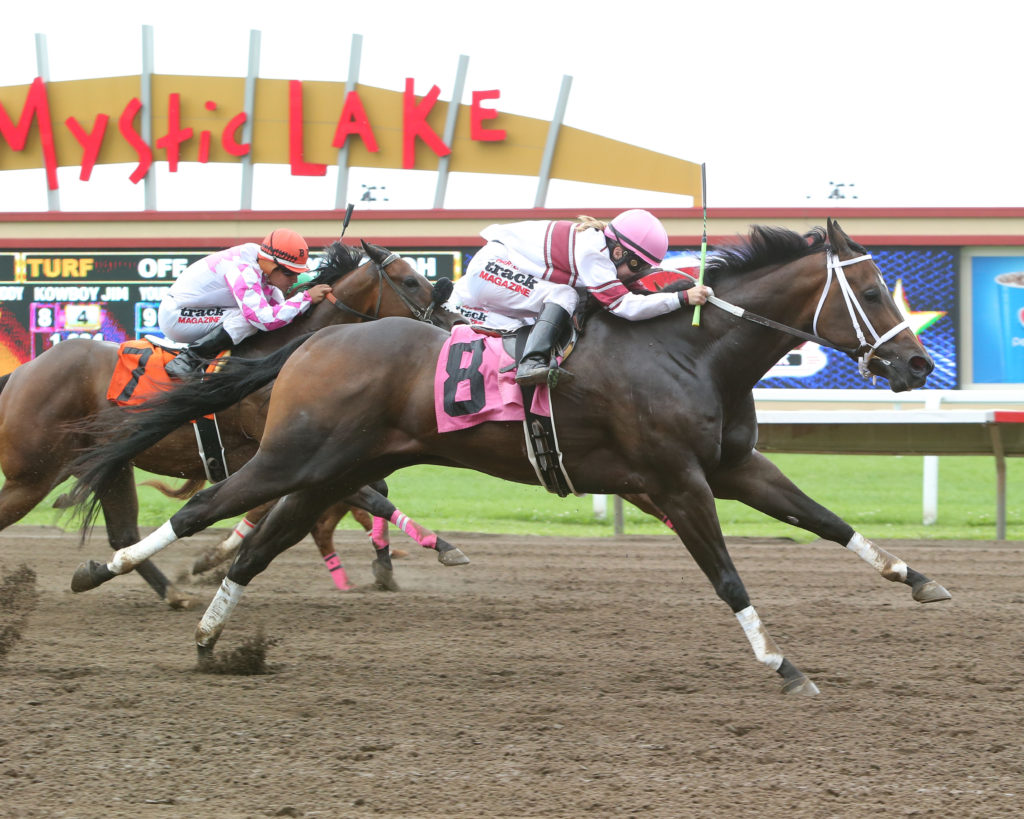 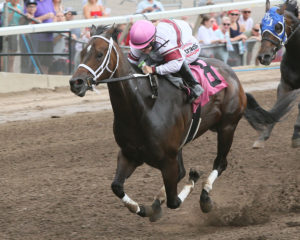 Canterbury Park specialist Kowboy Jim added another Minnesota win to his resume in Wednesday’s $49,410 Bank of America Canterbury Park Championship Challenge. Final time for the 440-yard race was 21.743 over a fast wet track; the winner earned a 106 speed index.

Kowboy Jim ($10.00) is bred, owned and trained by Dean Frey. Nakia Ramirez was aboard for the Independence Day victory, marking her first stakes win at Canterbury and her first Challenge stakes belt buckle.

All of Kowboy Jim’s six career wins have come at Canterbury, and he has never finished worse than third at the track. He was the winner of the 2017 $81,000 Canterbury Park Derby and placed third in the AQHA Derby Challenge Championship (G3) at Prairie Meadows. 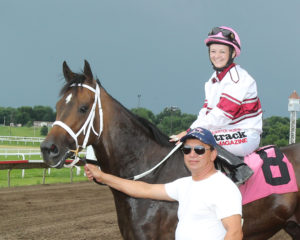 While one half of the exacta was a Canterbury specialist, the other half made his Canterbury debut in the local Championship Challenge: Damn Strait. Trained by Stacy Charette-Hill for owner M. C Stucks, Damn Strait finished three-quarters of a length behind Kowboy Jim. Jorge Torres had the call.

Damn Strait was bred in Texas by Bobby Cox, by Dominyun and out of the Jody O Toole mare Hottesticketintown. The 4-year-old gelding has only finished out of the money once in 14 career starts and has earned over $131,000.

Bout Tree Fiddy is a 4-year-old son of Ivory James and is out of Hollie Jollie, by Fredicksberg, making him a half-brother to the fastest qualifier to the 2017 $165,600 Mystic Lake Northlands Futurity, Olivias Jett. 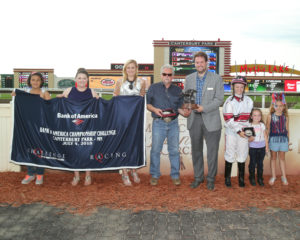 Bout Tree Fiddy was ridden by Brayan Velazquez, who also rode the Oklahoma-bred gelding in his previous 2018 Canterbury start, a second-place finish in an allowance race in June. Bout Tree Fiddy is a multiple stakes winner with earnings of $147,924 in 23 lifetime starts.

Heavy favorite and 2016 champion of the 2016 Bank of America Canterbury Park Championship Challenge, Ajs High, did not hit the board. Ajs High had a troubled trip, weaved through traffic, and closed well to gain fourth place.