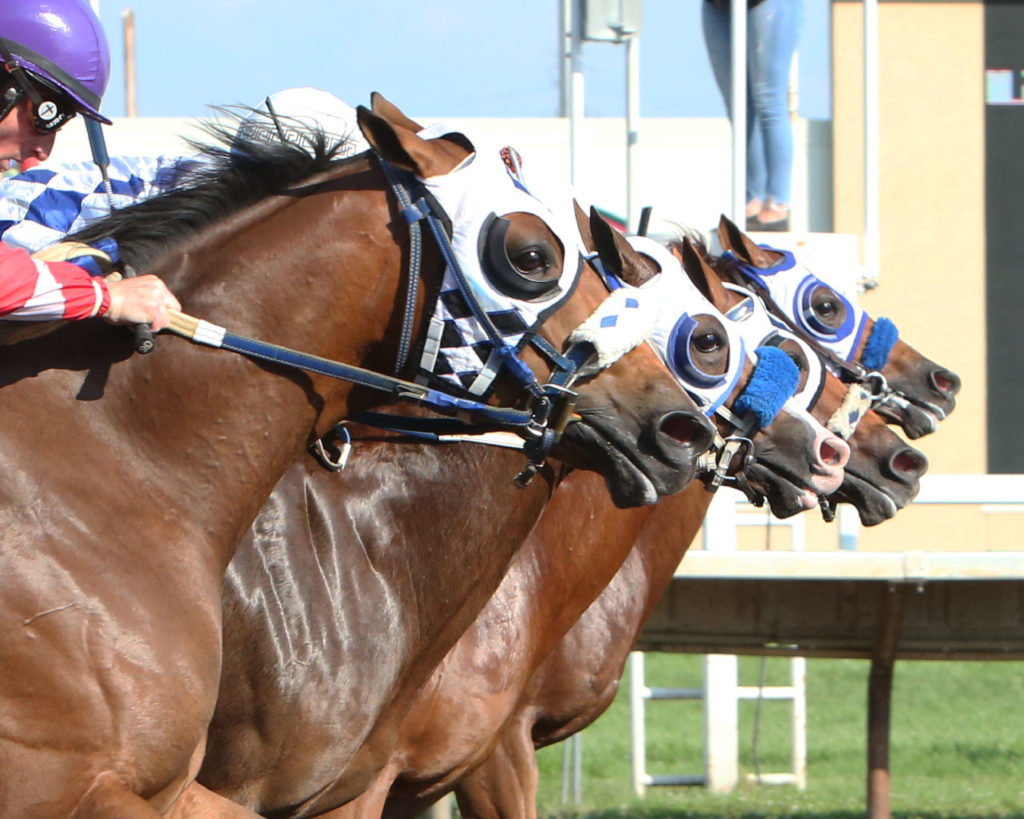 Three inside horses hit the wire together in a thrilling edition of the $156,000 Mystic Lake Northlands Futurity at Canterbury Park on Sunday afternoon. The photo finish went to Five Bar Bodee by a head in the feature race of the Canterbury Park Quarter Horse meet.

Five Bar Bodee ($52.00) was a massive upset despite hailing from the barn of four-time leading trainer Jason Olmstead and 2018 leading jockey Cristian Esqueda, who won three of the seven stakes on the card after learning that morning that he was a new father. 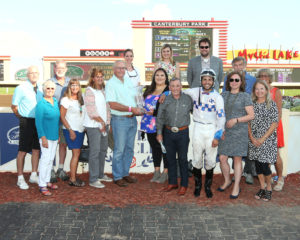 Five Bar Bodee won his trial and was the eighth fastest qualifier to the final from six trials on June 15. The 2-year-old colt was bred in Arkansas by Belinda Shaw, by Five Bar Cartel and out of the Stoli mare And Poof Shes Gone.

The first-time stakes winner is owned by the partnership of Jack Peters and Tom Lepic, who traveled from Iowa to watch both the trial and final. Lepic is no stranger to the Canterbury park winner’s circle, including several wins with The Fiscal Cliff in 2017.

The horses on either side of Five Bar Bodee finished second and third. Second-place finisher Special Candy Kisses was the fourth overall fastest qualifier. The Kiss My Hocks filly was ridden by Jorge Torres for trainer Stacy Charette-Hill.

Pv Quarter Horse Farms LLC own and bred the filly in Oklahoma, out of Pyc Paint Your Wagon.

Third-place finisher Left Town was the second overall fastest qualifier. The Kiddy Up gelding was ridden by Josh Romero for trainer Clinton Crawford and owner Renee Wilson. He was bred in California by Ed Allred, out of the Pritzi Dash mare Kingmans Sis.

Left Town was second in his trial behind fastest qualifier Political Candyhouse; the fast trial produced four of the ten top finishers.

Fastest qualifier Political Candyhouse suffered his first defeat in four starts in the futurity final. The Apolltical Jess gelding broke slow but had no mishap, finishing fifth in his outside post for jockey Cody Smith and trainer Clinton Crawford.