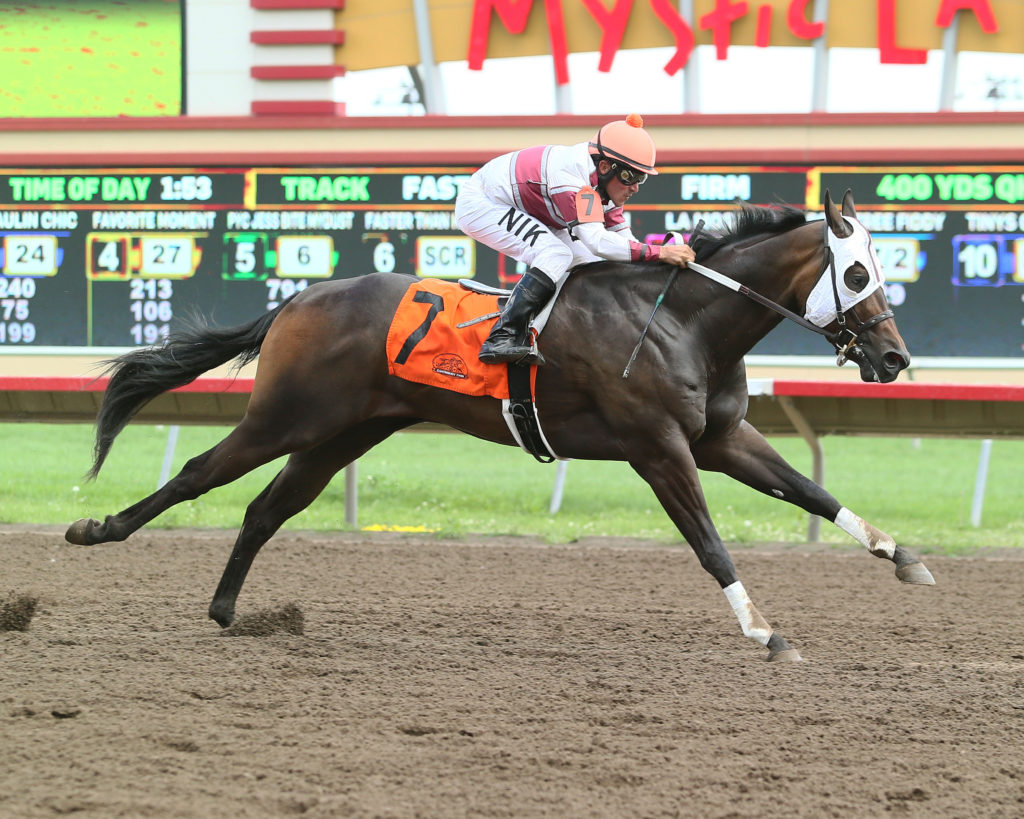 Jockey Nik Goodwin and Kowboy Jim covered the 400-yard distance in 19.788 and earned a 105 speed index as they cleared the rest of the field by 1 1/4 lengths. Kowboy Jim’s fastest qualifying time in the first of three trials on July 2 was 17.786.

Kowboy Jim was a triple-play win for owner-trainer-breeder Dean Frey. The Cal-bred gelding is by Fdd Dynasty, out of the Mr Jess Perry Mare Counting On You.

Nik Goodwin, 2016 Leading Quarter Horse Jockey of the meet, was initially without a mount for the second-richest race of the Canterbury Quarter Horse meet. He picked up the mount late for Frey when Berkley Packer, who qualified the gelding, was unable to make the trip. Goodwin rode Kowboy in his first two lifetime starts last summer  at Canterbury, including his maiden-breaking victory in July.

It was another tough loss for Pyc Jess Bite Mydust, who has now finished second in his last three starts. The Minnesota-bred son of Apollitical Jess won the 2016 $165,600 Mystic Lake Northlands Futurity and was named 2016 Canterbury Park Quarter Horse of the Meet.