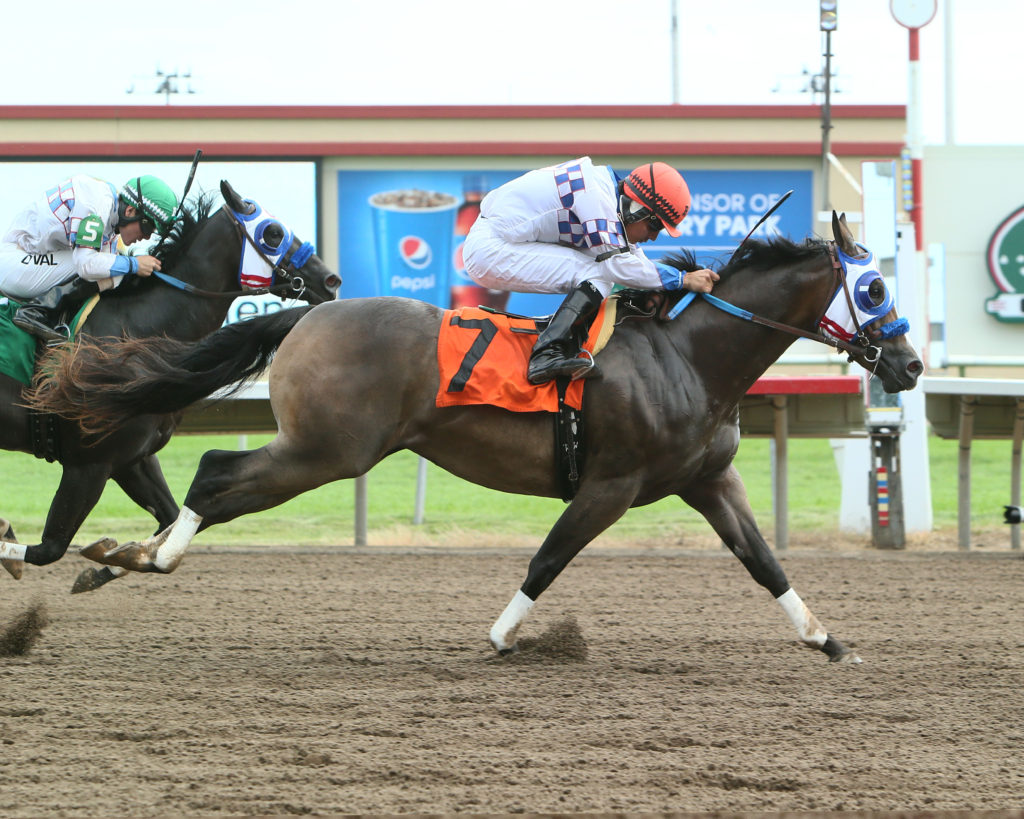 Like Pyc Jess Bite Mydust, Dickey Bob ($3.60) is owned and bred by Lunderborg LLC, ridden by Brayan Velazquez, and is trained by Jason Olmstead, who trained the top three finishers of the race. Dickey Bob and Velazquez covered the 350-yard race in 18.032 to earn a 91 speed index. 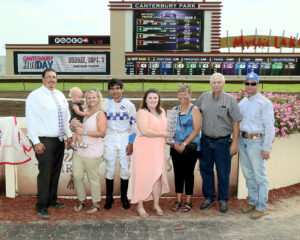 Dickey Bob is a son of Apollitical Jess and is out of the Pyc Paint Your Wagon mare Paint Or More. He has won three of his seven lifetime starts and was fifth in the $52 NCQHRA Futurity earlier this month.

Olmstead partnered with owner and breeder Summer Run Inc to complete the exacta and trifecta. Itinkican Itinkican, with Denny Velaquez aboard, finished second, while Polar Xpress and Patrick Canchari were third.

Itinkican Itinkican is by Freighttrain B, out of Moonlight Masquerade, by Oak Tree Special, a full sister to 2016 Minnesota Futurity winner Vodka At Moonlight. The filly finished third in the $45,000 Minnesota Stallion Breeders’ Futurity in July.

Polar Xpress is by Freighttrain B, out of the Azoom mare Zoomshakalaka. The filly has finished third in two of her four lifetime starts at Canterbury and Remington Park. 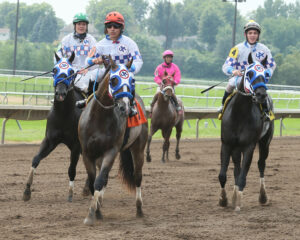 The pair of Quarter Horse Stakes were part of the Festival of Champions, a day of stakes races celebrating the best Minnesota-bred Quarter Horses and Thoroughbreds at Canterbury. The day also marked the end of the Quarter Horse meet in Shakopee and finalized jockey and trainer titles. Jockey Oscar Delgado won the fourth riding title of his career and his first at Canterbury. Jason Olmstead repeated as leading trainer of the meet. When asked about his success at the track, he chalked it up to “Good luck and great horses. But I couldn’t do any of it without my wife [Amber Blair]. She’s my right-hand man.”

Eos Marie Leveau, Eos Bea Mine, This Trains Rockin, Streak N Sparks, Chicks an Cash, Jamalie and Its Big Pappa to You completed the field.