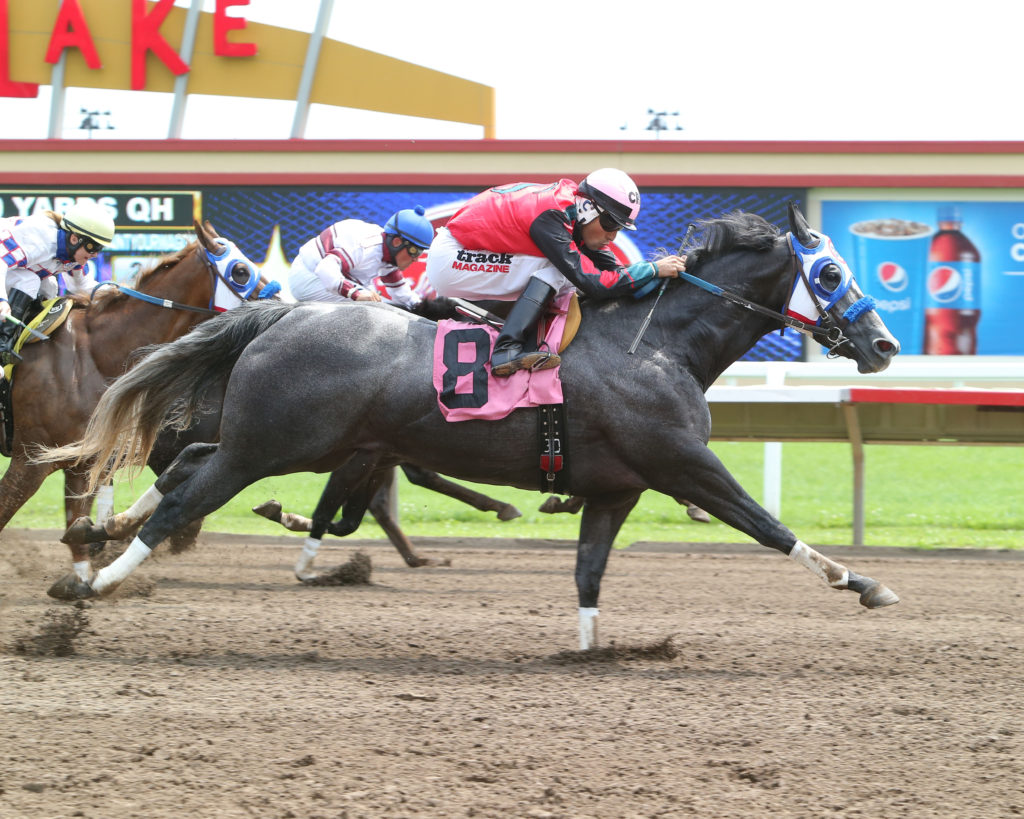 Corona Springs ($7.40) was visually impressive in the paddock and carried her class to the gate and to the wire with a half-length victory as the second-favorite in the field. The final time for the 400-yard event was 19.766; the track record is 19.583. Corona Springs earned a 106 speed index. 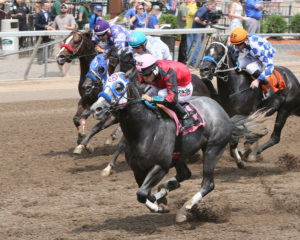 Corona Springs is a 4-year-old Corona Cartel filly bred in Utah by McColee Land and Livestock. She is out of the First Down Dash mare Aquafina, a daughter of Runaway Wave who is also the dam of multiple stakes winners and champions. Graded stakes placed Aquafina is a full sister to recent Ed Burke Million Futurity winner Wave Her Down, as well as Ocean Runaway and Wave Carver. Corona Springs is owned by Tom Scheckel.

Though Corona Springs had not won a race since she broke her maiden at Canterbury Park in 2017, she had finished in the money ten times in 16 starts. Last year, she finished in fourth place in the same race, beaten a neck by Jr Rock Star and Blacks Cartel. 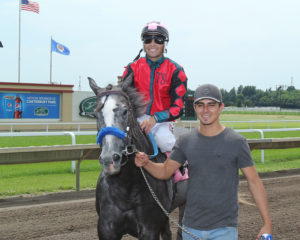 When trials were deemed unnecessary for the Canterbury Park Distaff Challenge, many of the nominees entered in an optional claiming event for fillies in mares in mid-June. The 350-yard prep race was won by daylight by Gold Diggin Queen, fresh off a ship from Los Alamitos. The Tres Seis filly has won multiple allowance races in Calfornia and has now earned her first berth into a Challenge Championship event.

Chase Clark had the call on Wednesday for owners Martin and Stephanie Webb. She was bred in California by Vessels Stallion Farm LLC, out of the First Down Dash mare Its Good To Be Queen.

The other California bred filly in the field, Glen Ellyn, finished in third place as the second-longest price in the field. Nik Goodwin was aboard for trainer Dean Frey and owner Steve Burns. Burns also bred the filly, with James Markum, out of the Teller Cartel mare Truly Delightful. 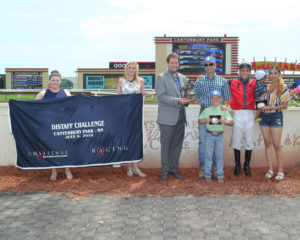 The daughter of Favorite Cartel was making her first start at Canterbury after racing at Los Alamitos, Ruidoso and Remington. This was her second stakes attempt and her first time to hit the board; she is two for 12 in her career to date.