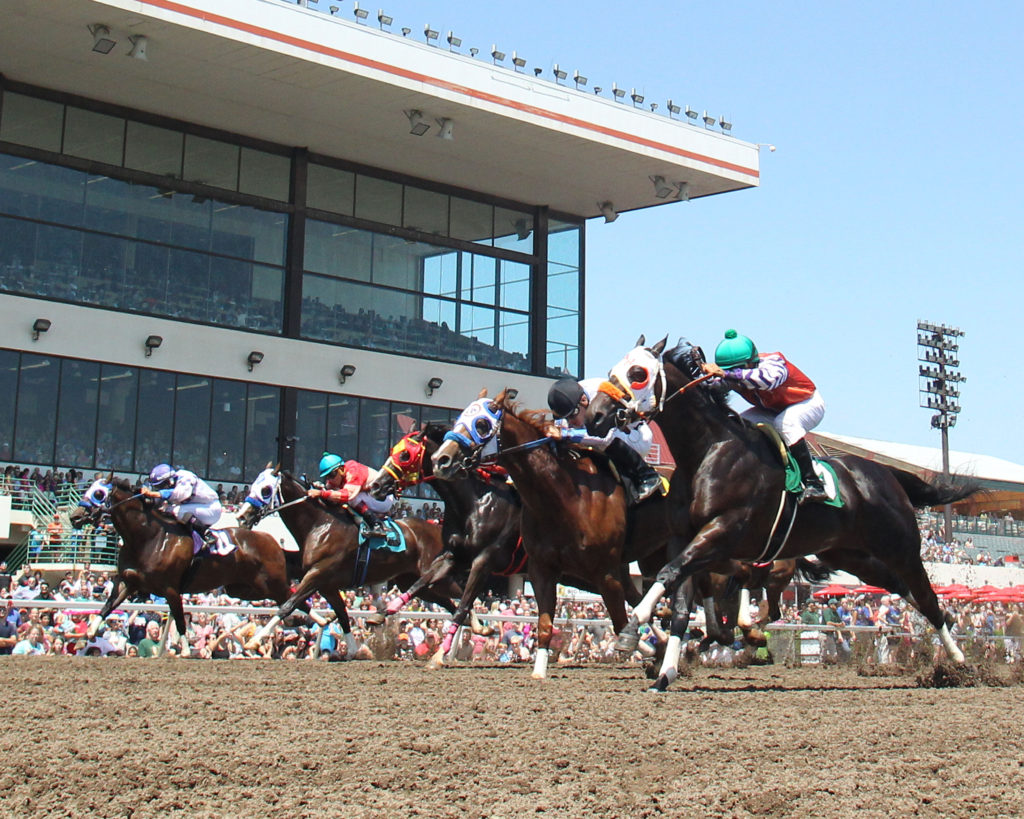 Canterbury Park 2018 Quarter Horse Stakes Schedule
$165k Mystic Lake Northlands Futurity highlights 16-race lineup
For Immediate Release:
Wednesday, January 31, 2018
Contact:        Jeff Maday
Media Relations Manager
(952) 496-6408
jmaday@canterburypark.com
Shakopee, Minn.  —  Canterbury Park racing officials today announced the 16-race quarter horse stakes schedule for the upcoming 2018 season. The centerpiece is again the Mystic Lake Northlands Futurity with an estimated purse of $165,000, to be run July 8. Also that Sunday will be the Canterbury Park Quarter Horse Derby with a purse likely to exceed $75,000. In total, the stakes schedule is valued at an estimated $665,000 while total quarter horse purses are expected to reach a record $1.8 million.
The 70-day season at the Shakopee, Minn. racetrack begins May 5 and runs through Sept. 16 with the mixed-meet running May 19 through Sept. 2.
New on the stakes schedule is the North Star State Stakes, for Minnesota-breds, on June 3 at 300 yards. The Mean Competitor Stakes returns to the schedule on Aug. 10. The 870-yard race has not been run since 2008. It is named in honor of Canterbury Park Hall of Fame horse Mean Competitor who excelled at ‘hook’ distances in the 1980s. Additionally, the $20,000 Mystic Lake Northlands Juvenile will be contested as a consolation for horses not qualifying for the Mystic Lake Northlands Futurity.
“Quarter horse racing is an important part of our program and has a long history at Canterbury,” company president Randy Sampson said. “Every season some of the fastest horses in the Midwest break from our starting gate chasing what is one of the best purse structures around.”
Purses for the Minnesota Quarter Horse Derby and Minnesota Quarter Horse Futurity have increased to $50,000 added while the Bob Morehouse Stakes increases to $35,000 added.
Bank of America Racing Challenge dashes are on the schedule again July 4. The BOA Canterbury Park Championship Challenge is a $40,000 added race and the Boehringer Ingelheim Canterbury Park Distaff Challenge has a $25,000 added purse. Both divisions will serve as regional qualifying races for the Bank of America Racing Challenge to be held on November 17 at Los Alamitos Race Course in Cypress, CA.
Stall applications are due March 26 and are available, along with the first condition book, at www.canterburypark.com .