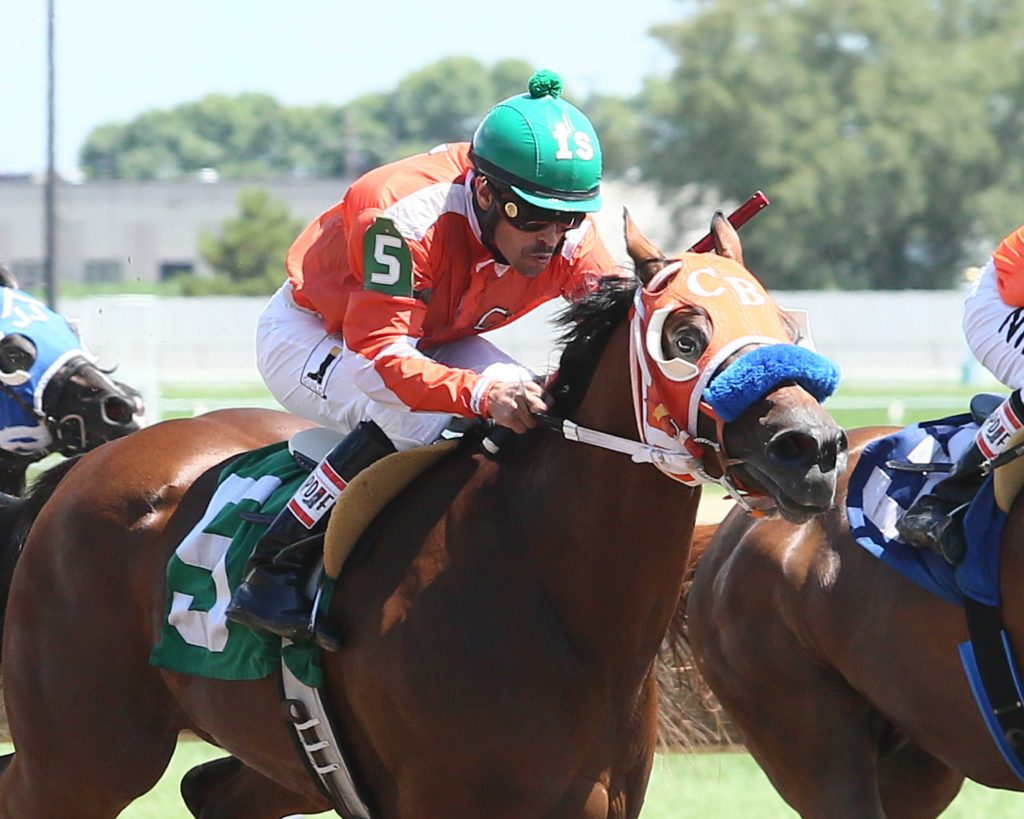 Blacks Cartel finally found her race in Saturday’s $41,000 Cash Caravan Stakes at Canterbury Park on Saturday. The 4-year-old filly notched her first win of the year after several appearances in graded stakes at Remington and two second-place stakes finishes at Canterbury this summer.

Ismael Suarez Ricardo had the mount for the feature Quarter Horse race on the card, covering the 440-yard distance in 22.119 to earn a 98 speed index. Blacks Cartel ($5.80) took the lead early and won by a length over the full field of Minnesota-breds. 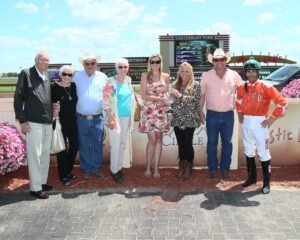 It’s a family affair for Blacks Cartel: Casey Black trains for brother and owner Tracy Black; Don and Eileen Black bred the filly in Minnesota by Streakin Six Cartel, out of Brandi Whiz by Oh My Gee Whiz.

With her win in the Cash Caravan, Blacks Cartel is now three for 22 and has earned $93,599 to date. In her most recent start, she finished second in the Merial Canterbury Park Distaff Challenge, a head behind Jr Rock Star.

Givinitalittleeffort finished second, clearing the rest of the field by nearly two lengths. One of several 3-year-olds in the field, Givinitalittleeffort is trained by Ed Hardy for owner and breeder Corey Wilmes. All-time leading Quarter Horse rider at Canterbury Park Nik Goodwin had the call, and the pair earned a 94 speed index.

Givinitalittleeffort is by Givinitaroyaleffort, out of the Chicks Beduino mare A Dream Chick. The gelding has been no worse than second in his three starts at the current Canterbury meet. 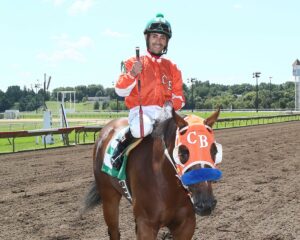 After being fractious and breaking through the gate prior to the race, Gramma Ella and Marcus Swiontek broke a step slow but closed throughout the race to gain third. Gramma Ella is a homebred for Terry Reed and is trained by Jerry Livingston. The 4-year-old filly is by Knud With Wings, out of Whereshesupposedtobe, by Bully Bullion.

This marked the 21st running of the Cash Caravan stakes, named in honor of the popular Quarter Horse Cash Caravan, the multiple stakes winner who raced at Canterbury from 1986-1988.