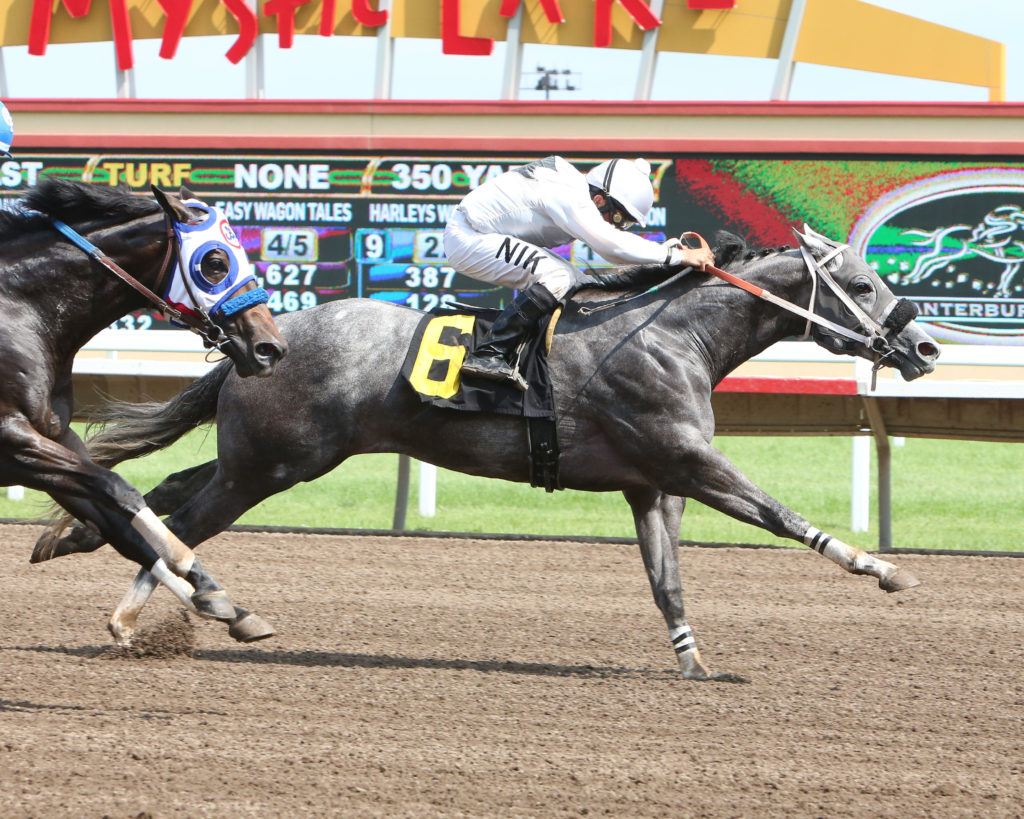 Upset winner A Valiant Diamond now has her first career win after a victory in the $20,000 Mystic Lake Northlands Juvenile at Canterbury on Sunday afternoon.

A Valiant Diamond was bred in Oklahoma by Valeriano Racing Stables, by One Valiant Hero and out of Sixy Chamisa, by Sixes Royal.

The 2-year-old filly finished third in her trial for the Northlands behind third fastest qualifier Royal Cash Flash. She debuted at Remington Park and had two troubled trips before starting at Canterbury. This was her first career win in four lifetime starts.

Cr Hez the Man and jockey Cristian Esqueda finished second place, a length and a half in front of third place finisher Relentless Candy and Cody Smith.

Jason Olmstead trains Cr Hez the Man for owners Dick and Curt Tobin, who also bred the gelding in Iowa. He is by Heza Fast Dash and is out of Lw Evening Lajolla, by Streakin La Jolla.

Cr Hez the Man exited the same trial as A Valiant Diamond and finished just a head behind her in fourth place.

Relentless Candy finished second in her Northlands trial, the only trial that did not produce a qualifier to the final. Relentless Candy is trained by Clinton Crawford for owner and breeder Pv Quarter Horse Farms, LLC.

The 2-year-old daughter of Hes Relentless is out of Roll On Candy Wagon, by Pyc Paint Your Wagon.