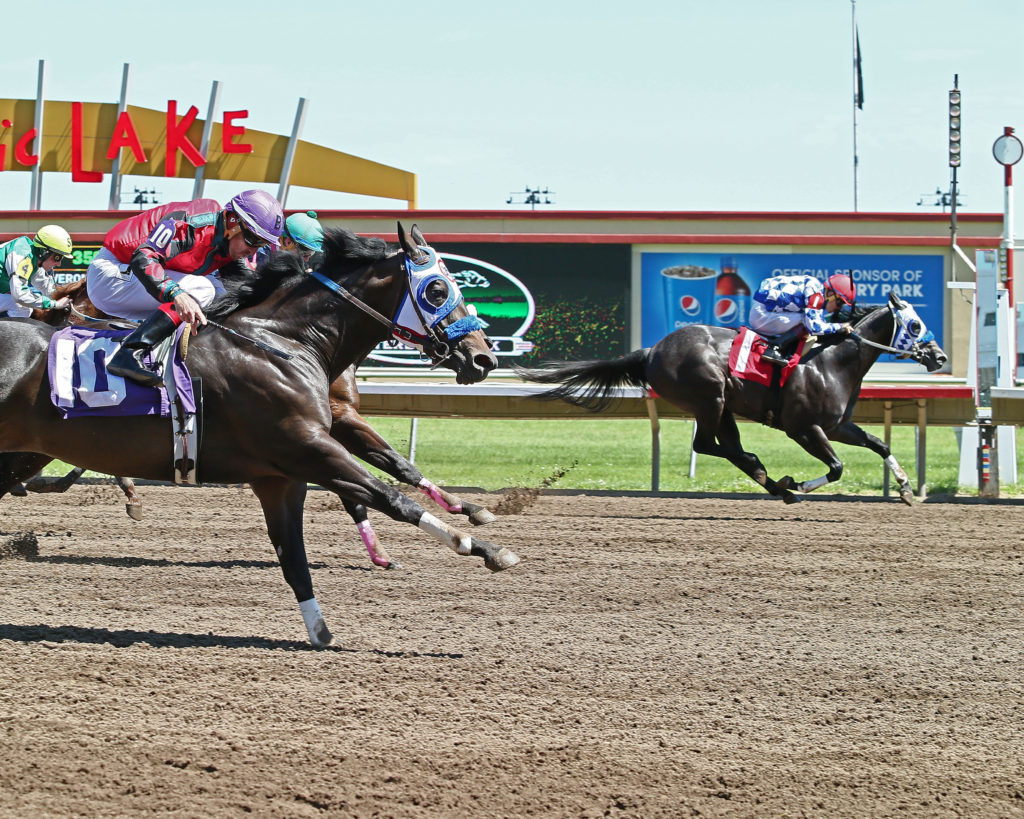 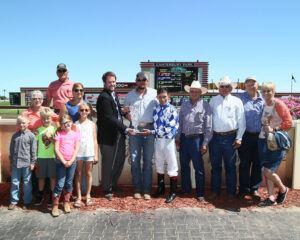 A record $167,600 was at stake for the biggest Quarter Horse race of the meet (and one of the biggest for either breed) at Canterbury Park in the 2017 running of the Mystic Lake Northlands Futurity. A Jordon Reed and Oscar Delgado broke on top and never looked back, clearing the field by half a length at the wire.

A Jordon Reed and hot Quarter Horse jockey Delgado covered the 350 yards in 17.847 from the one hole, dispelling any rumors about the ability of horses to win from the inside of the track. A Jordon Reed earned a 97 speed index and the winner’s share of the record purse, $83,800.

The Kendrix Brothers also bred the gelding in Oklahoma, by the Chicks Beduino sire Jumpin Chic, out of the Corona For Me mare Parr for Me. The calm and composed gray gelding ran third in his debut at Remington in a trial before breaking his maiden in his second start. He was second in his Northlands trial behind fastest qualifier Olivias Jett. 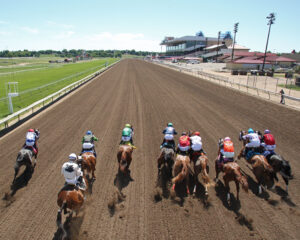 In second place and on the opposite side of the track was Agent Carter and Berkley Packer. Agent Carter is trained by 2016 leading trainer Jason Olmstead for owner Thomas Scheckel. Bred in Oklahoma by Reliance Ranches, Agent Carter is out of 2011 All American Futurity fourth place finisher Lotta Love for Robyn.